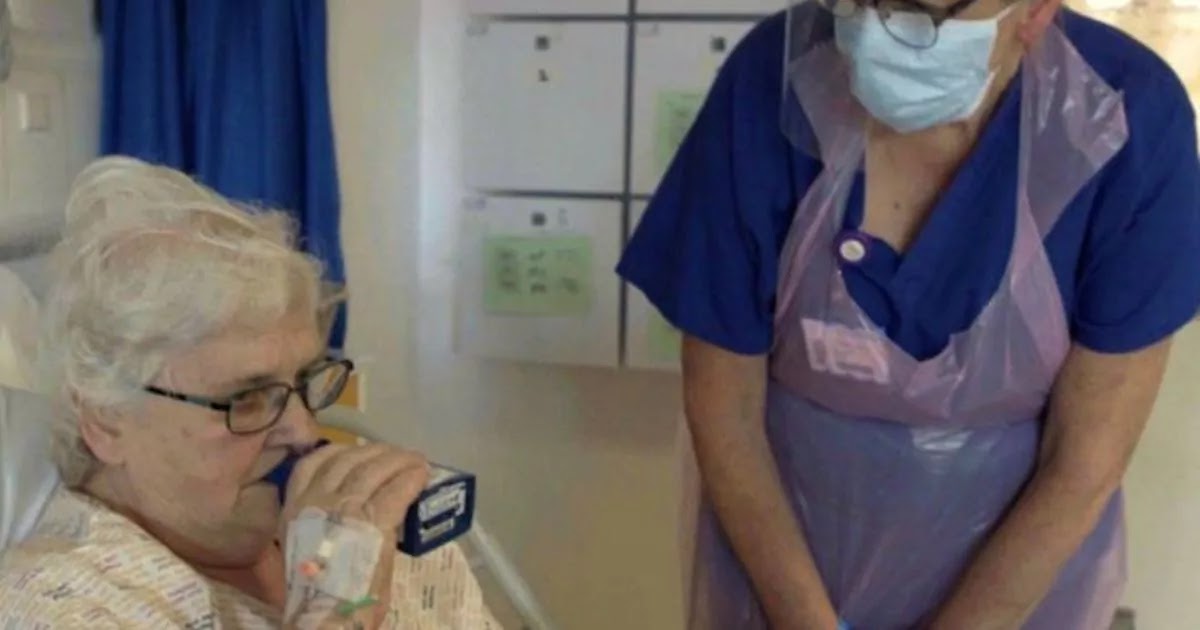 Kaye Flitney is one of those enrolled on the clinical trial, Photo credits: BBC

In extremely encouraging news from the UK, it appears a treatment for CoVid-19 using an already existing drug could severely cut the risk of death from the virus. The news has been somewhat overlooked given that the results of the study were released on the same day as the results of the Oxford University vaccine trial. Never-the-less the new treatment has the potential to save a huge number of lives before the end of the pandemic.

Those who received the drug showed very significant reductions in breathlessness and were released much earlier from hospital. The drug will now go into a more advanced trial involving a much larger group of patients.

Professor Tom Wilkinson, who led the trial, told BBC:
“We couldn’t have expected much better results than these” and that the trial was “a major breakthrough in the treatment of hospitalised Covid-19 patients”.

Interferon-beta is normally used in the treatment of Multiple Sclerosis patients and is used to calm the body’s own immune response, which can often go into overdrive when facing an infection. It is believed that many of the deaths from CoVid-19 are the result of hyper-inflammation of the organs caused by this immune response.

Prof. Naveed Sattar, who is a professor of metabolic medicine at the University of Glasgow, and who did not work on the project, said of the results:

“The results seem very impressive, and although accepted that the trial is small with just over 100 participants, a 79% reduction in disease severity could be a game changer. It would be good to see the full results once presented and peer-reviewed to make sure they are robust and the trial conduct was rigorous. Also, with small numbers comes less certainty on the true level of benefit, or whether benefits vary between people with differing risk characteristics. Such work would require a larger trial but, even so, these results are very exciting.”

The stock price of the Southampton based drug company Synairgen skyrocketed on news of the find. The company was required due to the laws relating to drug companies that they make their findings public at this early stage. Interferon-beta is also being tested by other companies in several other countries.

This is potentially terrific news and, along with the results of the Oxford vaccine trial, perhaps indicates that mankind is getting on top of the pandemic that has affected our lives so much over the course of 2020. via Thinking Humanity https://ift.tt/3jzbN6t

How risky is a hug right now?

In today’s digital economy Non Fungible Tokens (NFT) are all a craze where people are able to make money... read more

There are a million different things competing for your attention. You have errands to run, people to respond to,... read more

The Real Rosa Parks Story Is Better Than the Fairy Tale

The Real Rosa Parks Story Is Better Than the Fairy Tale The way we talk about her covers up uncomfortable... read more

20 Tips For Successful Networking When You Have Imposter Syndrome

Everyone already knows each other. Nobody will talk to you. What makes you think that you’re an expert? People... read more

How to Record Instagram Live and Make Videos That Convert

How to Stop Running Away from Difficult Problems in Life

The world can certainly be a challenging place. Things are moving at a faster pace than ever before and... read more

Around 80% of Instagrammers use the platform to decide whether to buy a product or service. The defining fact... read more

Trump calls TikTok a hot brand, demands a chunk of its sale price

Today the president appeared to bless the budding Microsoft-TikTok deal, continuing his evolution on a possible transaction. After stating... read more